Cairo (pronounced CARE-ro or KAY-row), Illinois was once a thriving city.  Its status as a destination was enshrined in the folk song, “Going Down to Cairo”.   It was also a beacon of freedom for escaping slaves making their way north.  Huckleberry Finn explained to the reader on his trip north with Jim:   “WE judged that three nights more would fetch us to Cairo, at the bottom of Illinois, where the Ohio River comes in, and that was what we was after.  We would sell the raft and get on a steamboat and go way up the Ohio amongst the free States, and then be out of trouble.”  Jim declared soon after:  ““We’s safe, Huck, we’s safe!  Jump up and crack yo’ heels!  Dat’s de good ole Cairo at las’, I jis knows it!”
Founded in 1837, its population topped 15,000 in the 1920s.  But economic decline, racism, and associated violence brought such devastation that residents number little more than 2,000 today.  Cairo is trying against the odds to hold its ground.  It has, for example, restored some historic mansions and created a museum in the historic Customs House.  Attractive street lights were installed downtown though some of them are now in disrepair.
But the aging “Welcome to Cairo” monument as you approach from the south sports three faded and tattered flags, and the billboard inviting visitors to see Cairo’s mansions is weathered mostly beyond legibility.  There is hardly any vehicular or pedestrian traffic in town.  Most of the commercial buildings and probably 70% of the residences have been demolished, are falling down, or are abandoned and in severe disrepair offering only reminders of Cairo’s energetic past and a warning to all of what can become of a city, or even a nation, whose people cannot find ways to get along with each other and work constructively together. It is ironic that the colors, textures, and forms produced by this decaying city, which are so engaging from an artistic perspective, are the product of such a sad story. 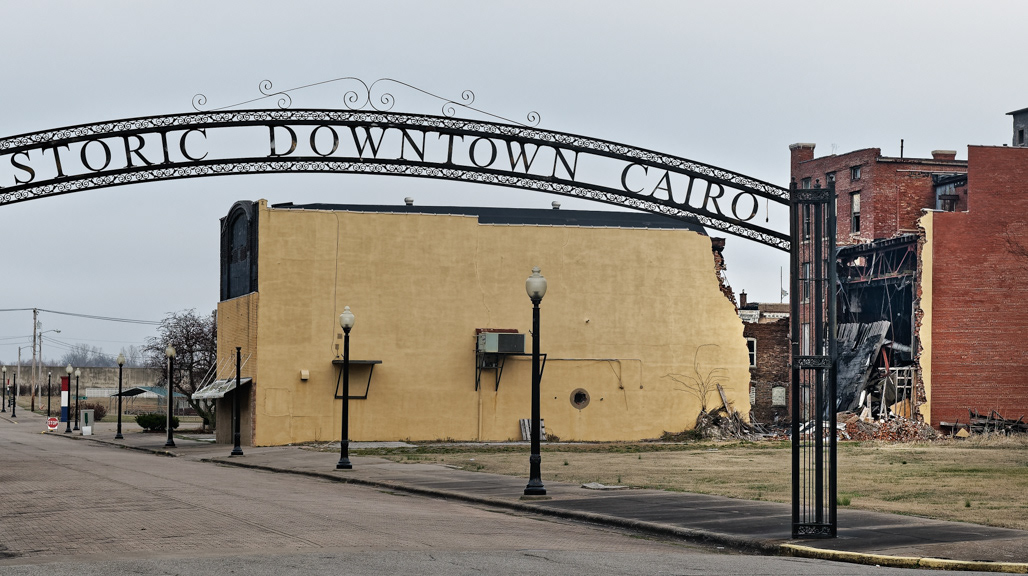 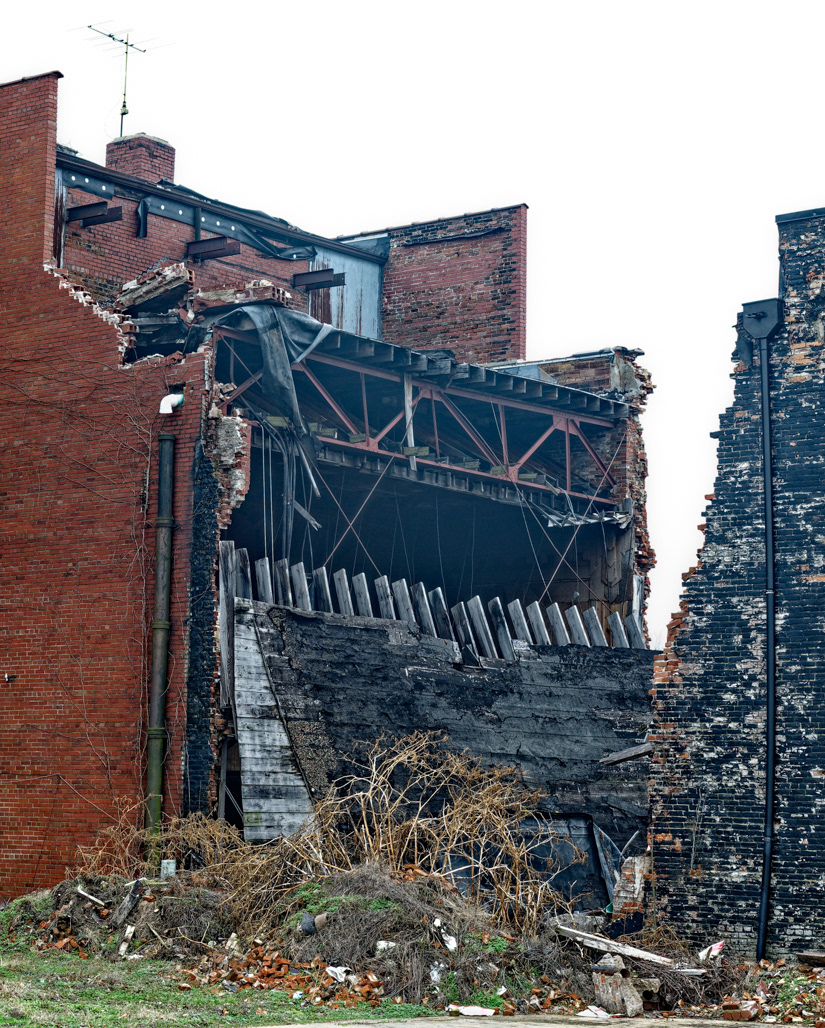 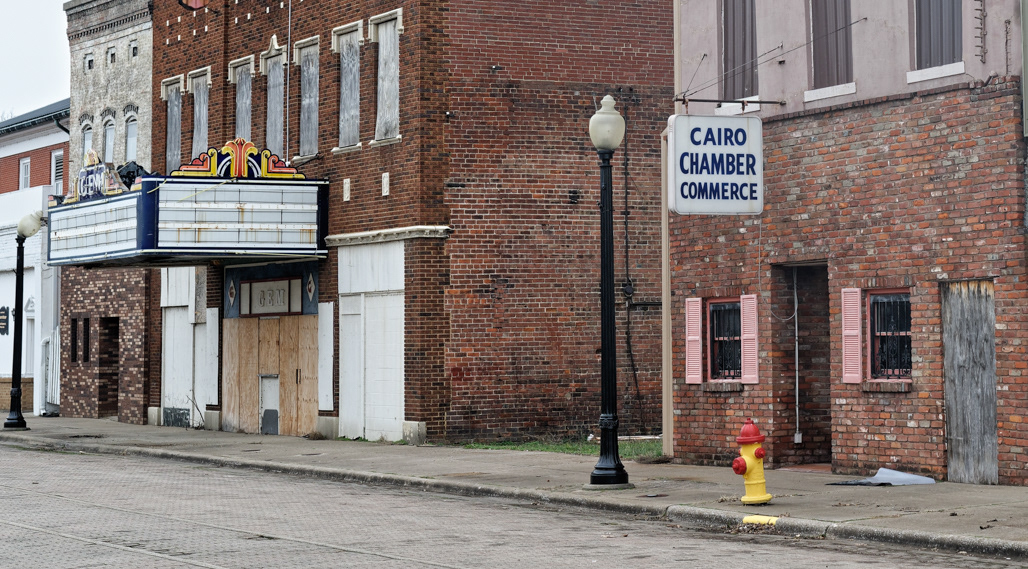 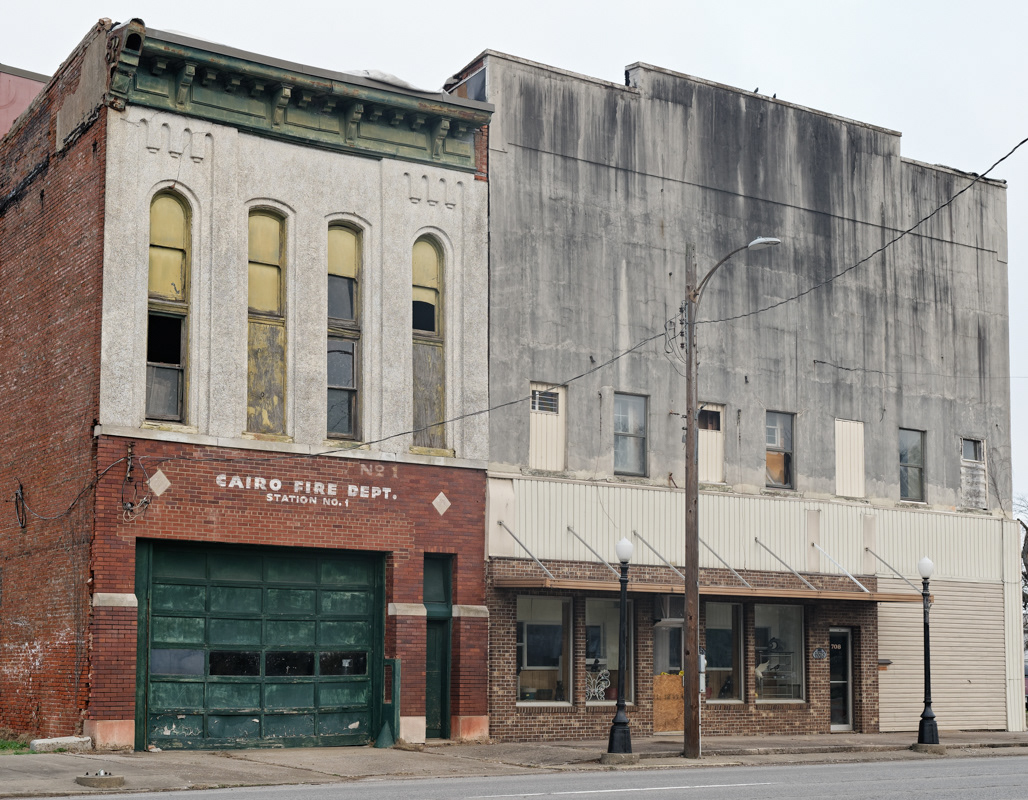 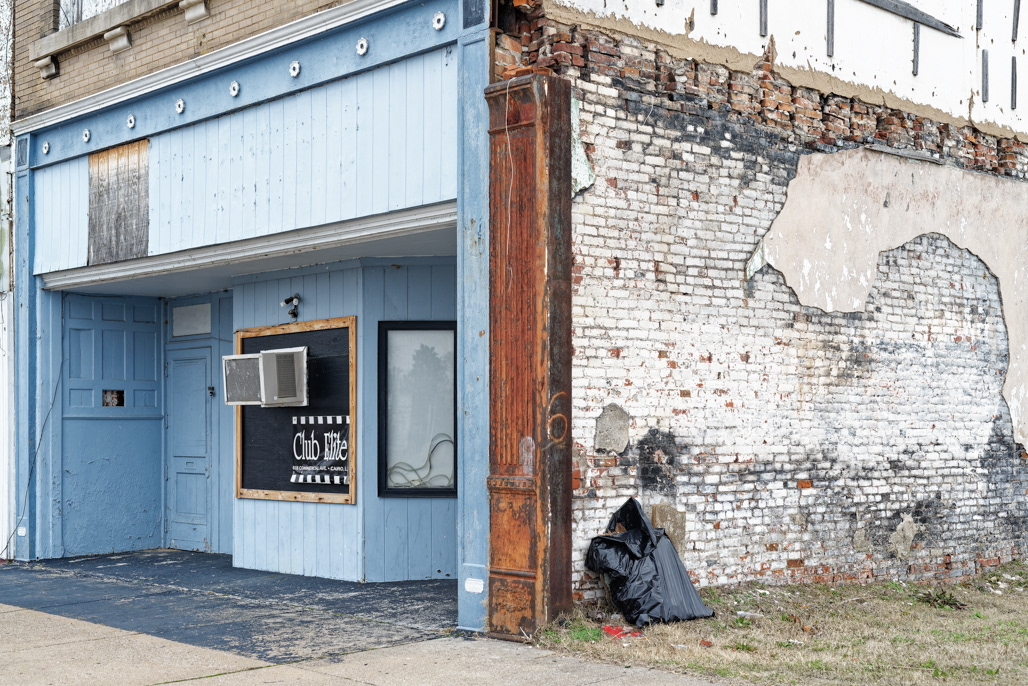 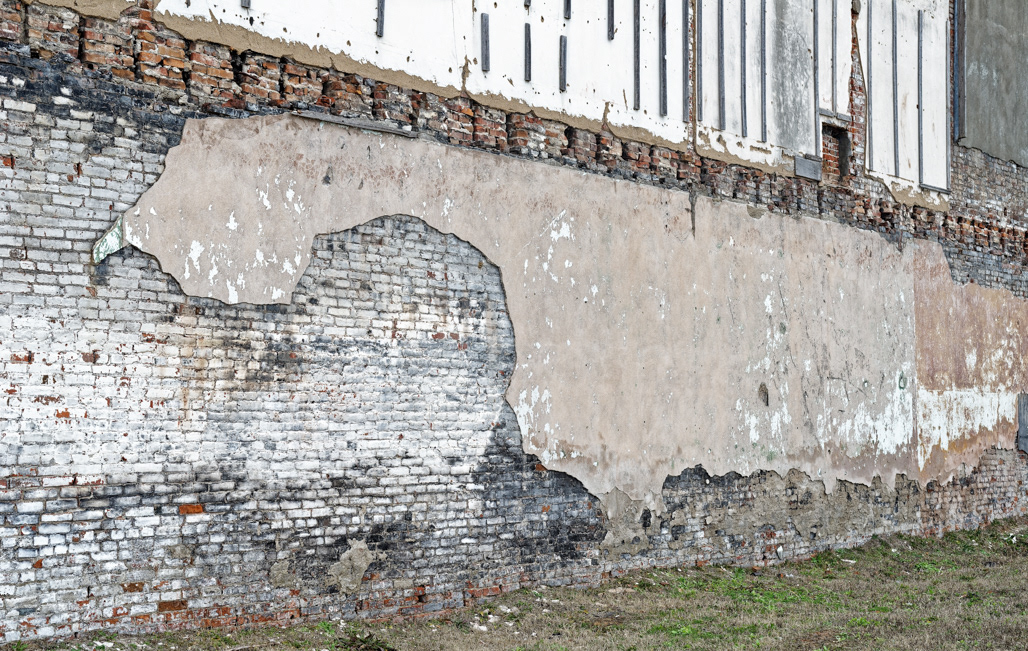 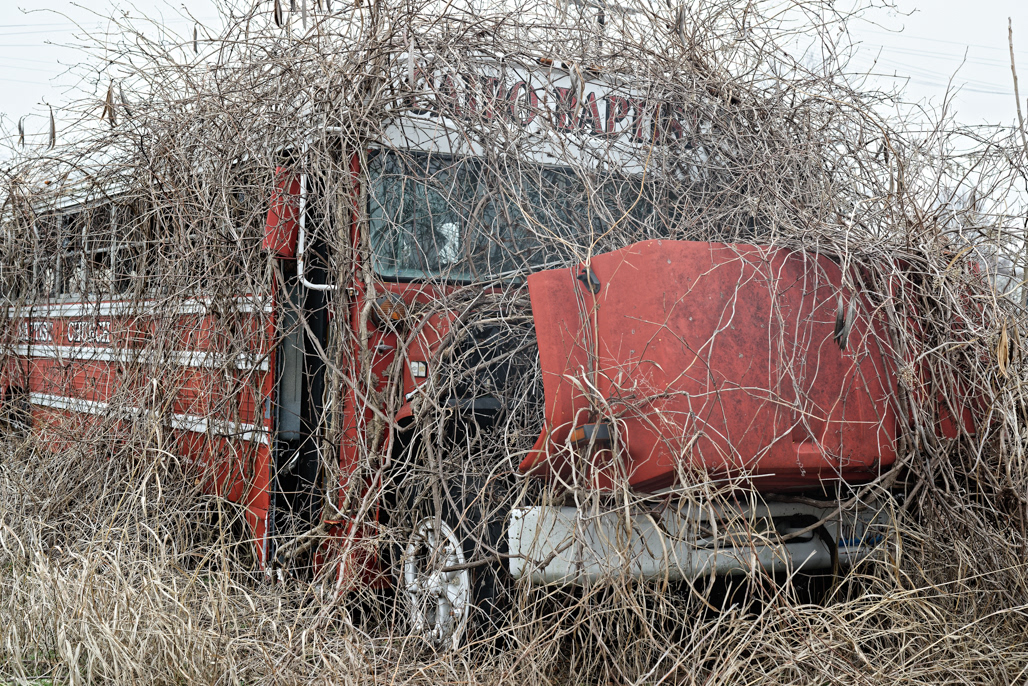 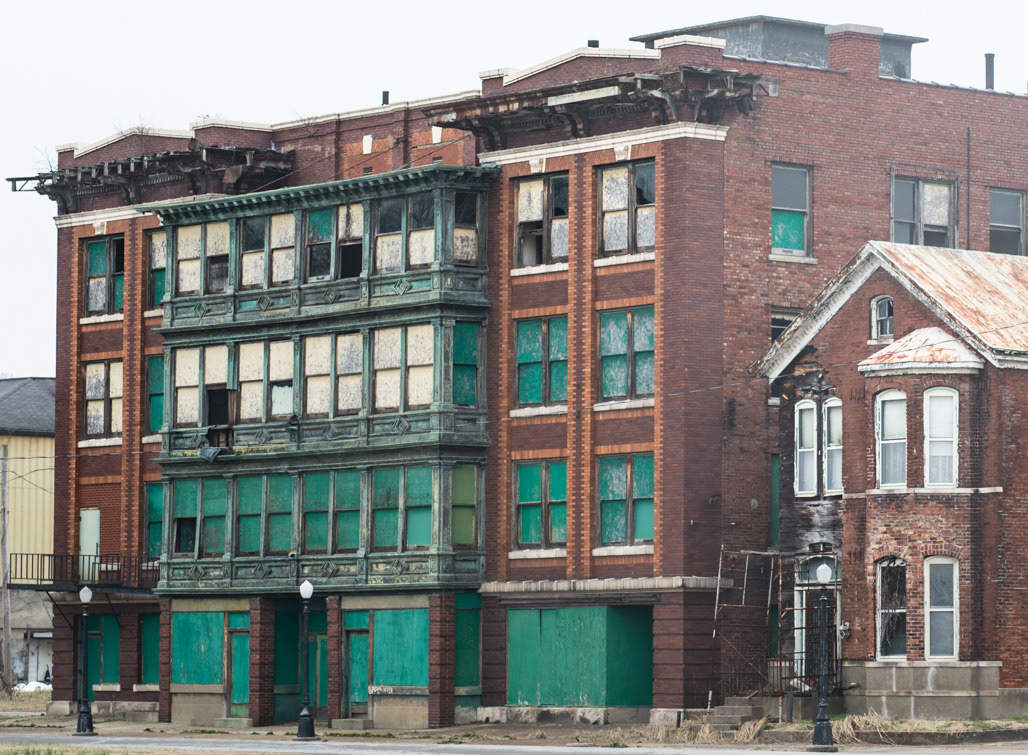 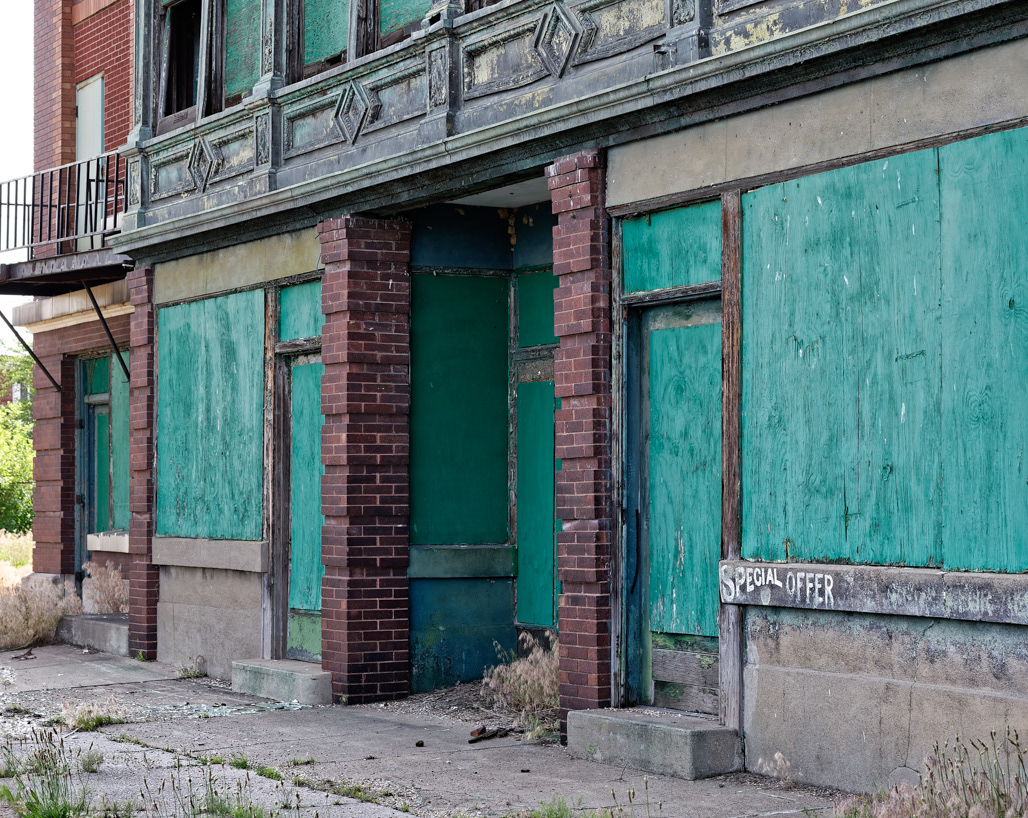 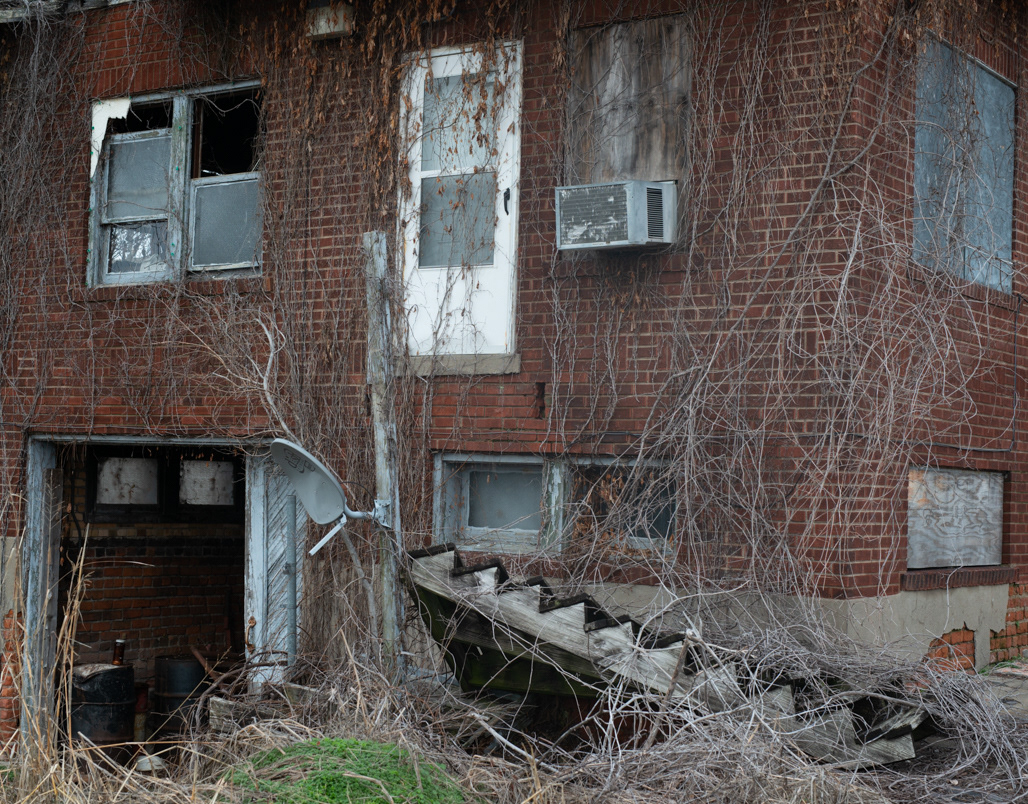 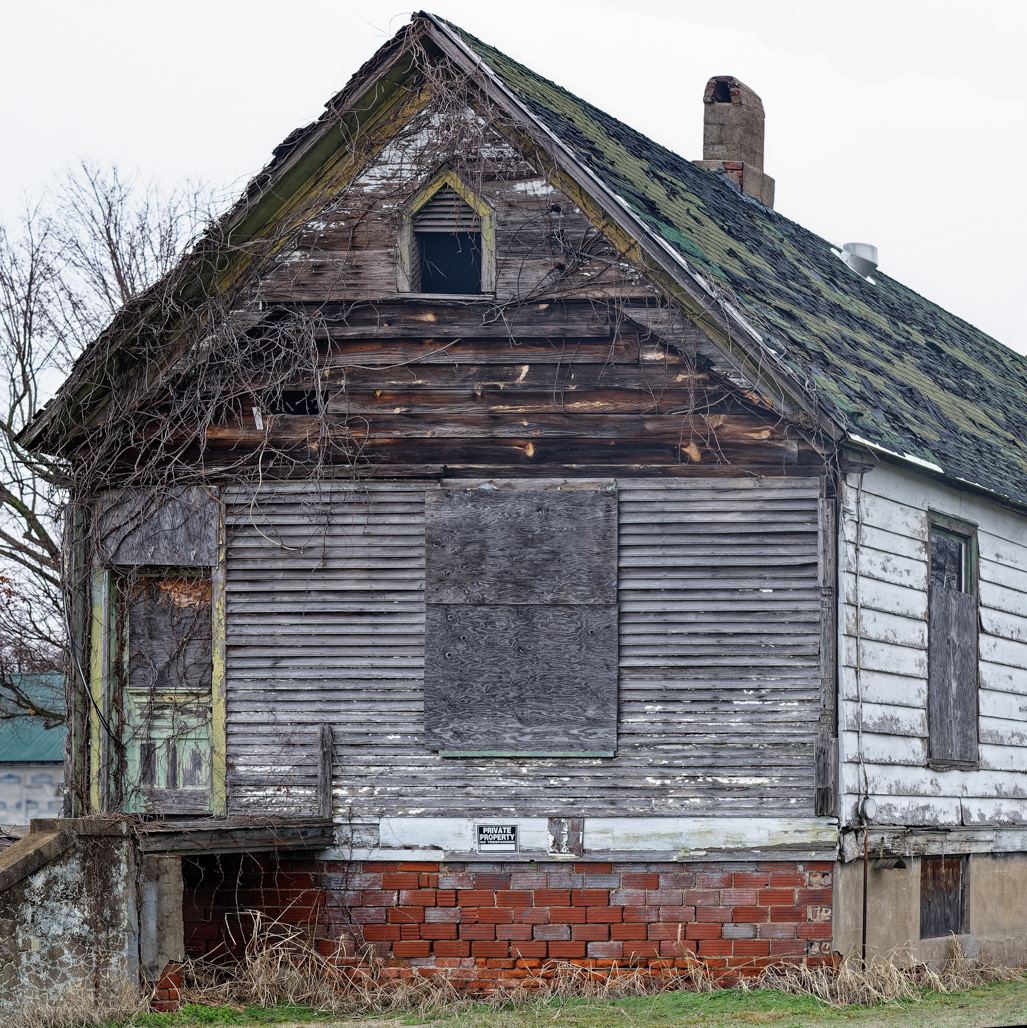 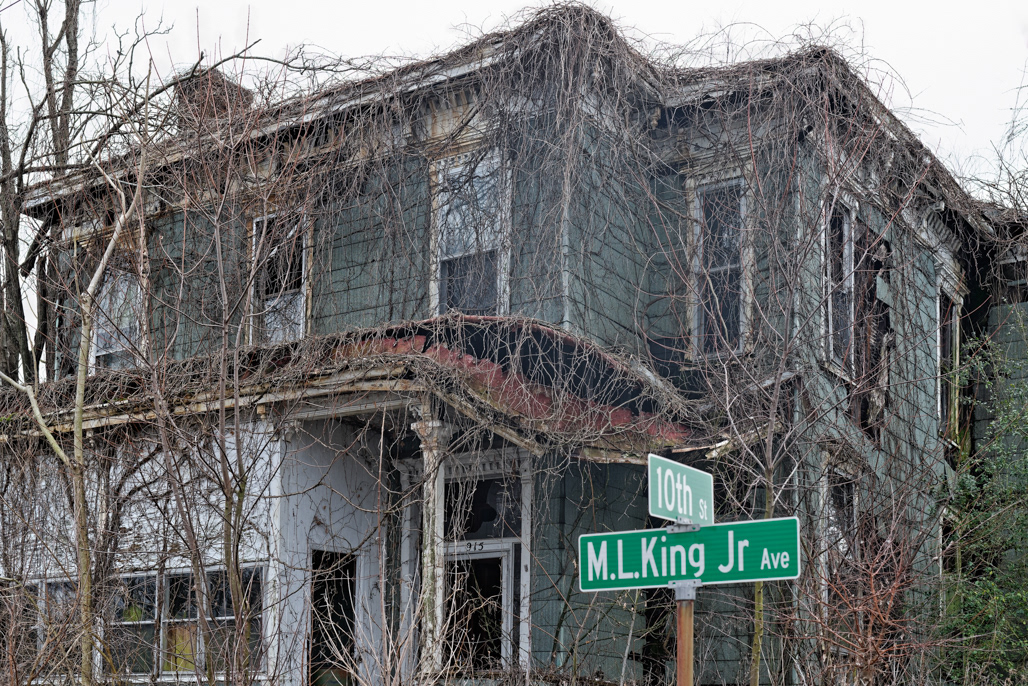